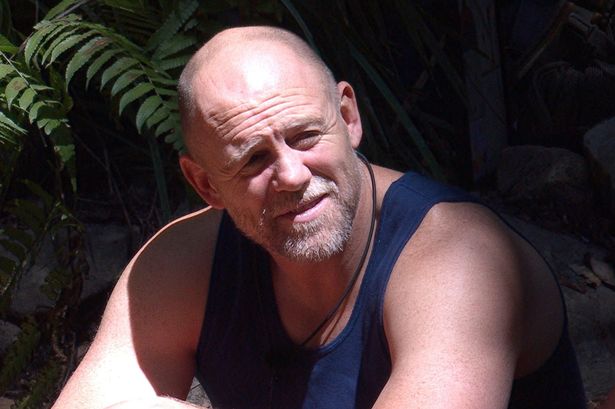 Finally, we reach the end of this series of posts. It has been some wild fun talking about how I became a royal watcher and my thoughts on certain things. Now, for this final entry, I want to talk about the Sussex Squad, the media, Catherine, and some other British royals. So, I wanted to start with Omid Scobie and his cheap shot at Mike and Zara Tindall.

Before we begin with this post, I have linked the previous four parts to this series:

So, Omid Scobie, Meghan’s favourite mouthpiece, took a shot at Mike Tindall for being involved in I’m A Celebrity… Get Me Out Of Here! Now, to most people, me included, this was not a big deal as Mike was famous before he married Zara. He was a Rugby player before he became a royal family member upon marriage. Also, he is untitled. However, Angela Levin also criticised Mike for his involvement with the show and said something that implied it would damage the monarchy.

I have great admiration for Angela Levin; I do, but this time she is way off the mark. As I said, Mike does not have a title and is not a working royal. You only see him at family events like Jubilees or the Epson Darby. He had a life before he married. Going back to Omid, he thinks it’s not very good that Mr Tindall can do things, but Harry and Meghan cannot. Okay, Scooby-Doo. You don’t understand royal protocol as well as you believe you do.

Again, Mike has no title. Harry and Meghan do. The Sussexes once worked for the monarchy. Tindall has NEVER worked for the Firm. He is the nephew-in-law to The King, whose wife is untitled and His Majesty’s niece. Some members of the public are firmly against Mike being on the show, but it is for a good cause. I don’t have a problem with it as long as he is not trading secrets about the family. He also probably checked with his in-laws first before he did it.

Also, Harry and Meghan continue to flaunt their royal status, despite claiming it’s a toxic trash pile. So, you can’t be half-in, half-out, but apparently, they don’t give a flying eff. Next up, we have Princesses Beatrice and Eugenie and their relationship.

I’ve always had a love/hate relationship with the York sisters, as the tabloids always say they’re envious of Catherine and hate her or whatever. This makes it hard to determine whose side they might be on. I wouldn’t say I like the gossip rags with a burning passion, as they will do virtually anything to sell. Juicy untrue gossip is their life’s blood. Anyway, Beatrice has changed my mind in recent years. Eugenie, not so much.

Beatrice has stepped up regarding loyalty to her family since Meghan showed up. Before this, we didn’t see her all that much, and she was a mystery. However, when she married her husband, Edoardo Mapelli Mozzi, she displayed tremendous affiliation to her royal roots. She wore a dress that her grandmother wore in her youth and the same tiara Her Majesty and Princess Anne wore when they married.

Just a side note about the tiara. It has been said that the tiara is possibly only worn by the firstborn princess of every generation. One example is The Queen herself, the firstborn daughter of King George VI. But, then, we have Princess Anne, who wore it when she married Mark Phillips, the father of Peter Phillips and Zara Tindall. So naturally, since Beatrice is the eldest princess of her generation, as Zara does not have a title, she would be allowed to wear it. Not sure how true that is, though.

So, the next time we could see the tiara is when Princess Charlotte marries. In Britain, only married women are allowed to wear tiaras, but there have been exceptions over the years, as I believe Princess Margaret wore tiaras before she married. But I can’t remember exactly.

Going back to Beatrice, she has shown even Catherine a great deal of respect. How do I know this? Beatrice and Edo attended the Princess of Wales’ Christmas carols event even last year. Now, here are two photos from that event of the York girls:

In the first image, Beatrice is beaming, while Eugenie’s smile looks forced in the second image. While it is well-known that royals have to keep calm and carry on when there’s stuff going on behind the scenes while they’re in public, Bea’s smile is genuine. She wouldn’t be able to hide it because it touches her eyes.

There is also video footage of Beatrice and Edo warmly greeting William and Catherine. Eugenie looked like she’d swallowed a slug and did not want to be there. My theory at the time was that she was there on the orders of the Sussexes to see if she could feed them any information.

Yes, you read that correctly. Eugenie is a Sussex snitch. Also, I previously said that I didn’t believe she and Meghan were close during their pregnancies. However, I had seen some convincing evidence that Eugenie and Megsy were besties before Meghan got with Harry, as they share a mutual friend, Misha Nonoo. Moreover, one thing that always struck me as odd is that if you know Eugenie, then wouldn’t you know Harry is her cousin? Of course, this goes hand-in-hand with Meg’s claims that she didn’t know who Harry was before their first date.

I call total BS on this as Meghan’s former childhood friends came out and said she was OBSESSED with Diana. Anyone with a brain would know Diana was married to Charles and that William and Harry were their sons, and that would branch out to other members of the family. Not to mention, Meghan allegedly studied some international studies or relations course while at Northwestern University, where they taught that kind of thing. Geez, it’s like she had never heard of Google before.

Returning to Beatrice, I greatly admire her as she respects her family and doesn’t pick sides. The tabloids have it wrong about her. At one point, there appeared to be tension between her and Eugenie. Do I believe this? Perhaps. Also, we know Bea cares as she broke down in tears at her grandfather’s memorial service. There was also one moment where she shared a smile with Princess Charlotte, which is super adorable.

Next up with the media and Catherine, Princess of Wales. The press treated her like dirt when Kate Middleton was dating Prince William in the early 2000s. They stalked her. Insulted her. Buses even had ‘Waity Katy’ printed on them. It was horrible to watch.

Now, this is worse than Meghan claimed she suffered. Meghan thinks she became a media darling. Kate’s treatment by the media was horrendous. Catherine and William broke up briefly before getting back together not long afterwards. Going back to Markle for a moment, I genuinely believe she loved every second of the attention.

Catherine, unlike Meghan, did not demand that the press be nice to her. She did not threaten William with a breakup if he didn’t defend her. Nor did she have him release a statement about her treatment. She weathered the storm. Now, she is greatly beloved by the media as she has shown to be a great asset to the monarchy. Markle, however, expected people to love her because she was American and a woman of colour. She did not expect backlash for her treatment of staff and family members.

I’ve also addressed why the media still refers to Catherine as Kate Middleton when she hasn’t gone by that name in a decade. It has to do with SEO (Search Engine Optimisation) more than anything. Kate Middleton gets better search results than Princess Catherine, Princess Kate or even the Duchess of Cambridge. For example, if you type in Princess of Wales, it will bring up Catherine, but the title is better associated with Diana.

Finally, I want to touch on the dreaded Sussex Squad briefly. The group are complete idiots. So much so that I did an open letter to them. Meghan ought to be proud that uneducated people who have no jobs but somehow manage to follow her around the world like she’s a cult leader make me want to laugh and shudder simultaneously. They are an embarrassment. 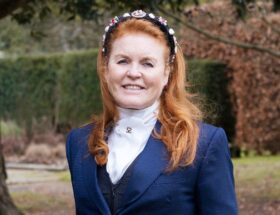 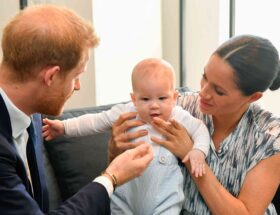 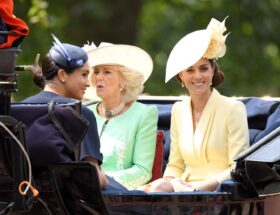