Elton John is one of the most iconic names in music. He has a hoard of famous friends and has his finger in many pies, including royalty. He received a knighthood in 1998 and has remained friends with Diana, Princess of Wales’s sons, Princes William and Harry, well after her 1997 passing in a car crash in Paris. The musician attended the brothers’ weddings in 2011 and 2018, respectively, though it would appear he has more to do with the Duke of Sussex than the new Prince of Wales.

This has become evident with Harry and his wife Meghan Markle’s constant need to use Elton for PR or free travel on his private jet. With Mister John completing his final tour, the Sussexes were two celebrities who wished him well. While the video was cringe for those who watched it, I have some thoughts on it, despite not wanting to give them oxygen. Yes, I called the pair celebrities because that’s what they are now. They’re not royals, as they don’t act like it.

Now, I don’t care how cringy it might be. This is typical Sussex crap. We all know this by now. I first thought that Harry and Meghan had a right to put out a message as they know Elton. This is one of those rare times where they know the celebrity rather than being ‘acquaintances.’ Here’s my second thought. Harry should have put the message out, not both of them.

We all know by now that Meghan always has to speak first and the most. So, it is no surprise that she was the one who started the message. Moreover, she likely doesn’t spend that much time with Elton and has probably not even a month with him. She probably only wanted to do the video because a) she wanted to keep the access to the private jet. And b) because she’d be on camera, which she loves so much.

Harry has known Elton his whole life almost as he was a close friend of Diana, and he mingled with Charles too. However, the Royal Grift points out that the prince looked uncomfortable in the video. She also said that Meghan appeared to watch the Body Language Guy. She put her head on her husband’s shoulder, which made him even more uncomfortable.

I bring this up because Meghan has gotten cozy with high-profile men in the past before and after Harry. This includes the likes of Serena Williams’ husband, Alexis, where she’s flirting with him and is constantly touching men and what have you. However, with Harry, she drags him where she wants him to go. At one point, when they were first married, she was giving him the most intense stare, but this has since died down. There are some photos in the post I linked that I didn’t include. But it’s just an example of what she is capable of doing.

Finally, I am surprised that Elton even had his people include the Sussexes because of the lie that Meghan told where she was supposedly trapped during the Oprah interview when she took a private jet to see the singer (with Harry) at his holiday house in Nice, France. I think this was the same trip they took Archie on despite telling The Queen he was too young to travel to Balmoral. I might have my wires crossed on that. 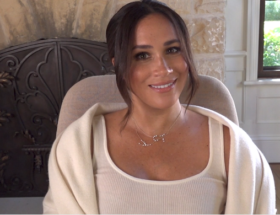 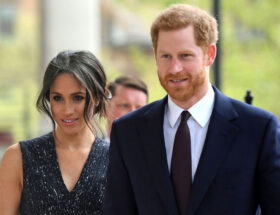 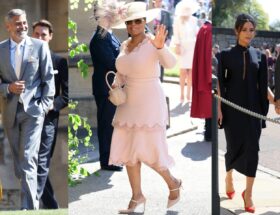