Skip to Content
Home Avatar Avatar: The Way Of Water – Why Does Neytiri Have Issues With Miles “Spider” Socorro? 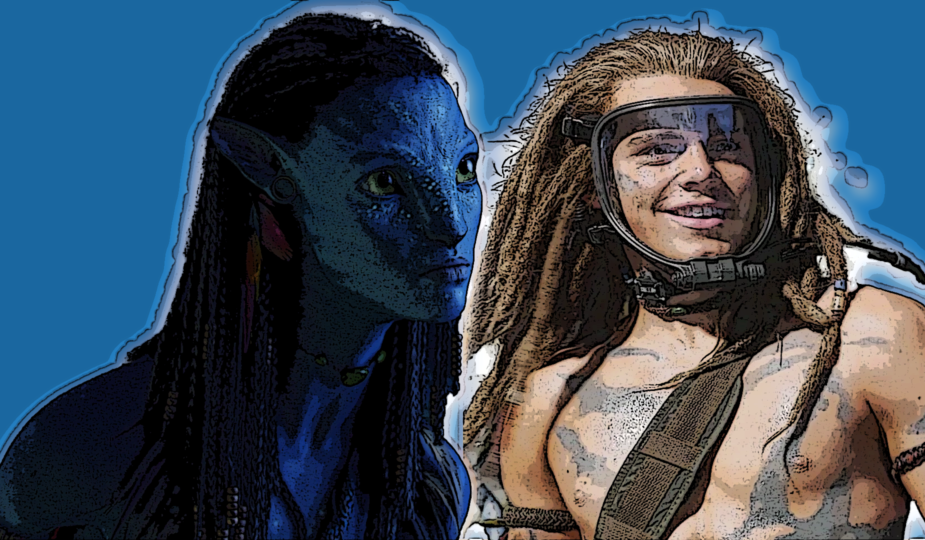 We’re a month away from the long-awaited sequel to 2009’s Avatar, Avatar: The Way of Water. Small details are beginning to surface about the new characters and their relationships with those who survived the original film. Fourteen years will have passed since we last saw Jake Sully and Neytiri. In that time, they’ve become parents to five children; two adopted and three biological. One of their sons is Miles “Spider” Socorro, a human born and raised at Hell’s Gate.

From what we know about Miles, Jake agrees to adopt the boy after his parents die during the Attack on the Tree of Souls in the first movie. Spider forms a close bond with his adoptive older sister, Kiri, who, much like him, feels like an outcast. In the comics prequel, Avatar: The High Ground, the siblings are seen breaking into the RDA outpost to watch their father’s old video logs.

Despite being raised by Jake and Neytiri, Spider refers to them as “Mr and Mrs Sully” as he feels his adoptive mother hates him.

According to what has been said about Neytiri’s feelings towards Miles, she struggles to see him as one of her own as she can’t look past that he is the same species that killed her father. However, we do need to stress that she is not entirely against humans. Neytiri allowed Grace [Augustine] back into her life years after the RDA attacked Augustine’s school, killing her sister, Sylwanin. Then, she fell in love with Jake, who was human (in an Avatar body) when they met.

There are very few humans that Neytiri appears to trust still. Since Jake transferred his consciousness into his Avatar and with Grace dead, the only human Neytiri could still trust Norm, Jake’s best friend. We also don’t know if there will be any communication between them, as there wasn’t in the first movie. However, they are aware of each other. Norm was present when Mo’at, Neytiri’s mother, couldn’t save Grace after a stray bullet fatally wounded her during the Escape from Hell’s Gate.

Theories Regarding Spider And Miles Quaritch

We have a theory of why Neytiri might have an issue with Spider. It stems from his first name, “Miles.” Jake’s former superior was also named Miles. Yep, we’re talking about Stephen Lang’s character, Colonel Miles Quaritch, who Neytiri killed in the first film.

So, this might be a bit far-fetched, but Spider might be Quaritch’s son. This might have some truth, as Spider tells Kiri that his parents were Na’vi killers. We don’t know what his mother, Paz Socorro, did precisely. But from what we know, she was an ally of Quaritch. She served as a pilot during the Assault on the Tree of Souls. Whether The Way of Water expands on this is another question for later.

Another idea we had was that Spider might’ve been named after Quaritch rather than be his son. It could be both. Whatever the case is, it would be a reason for Neytiri to worry. Also, she doesn’t like Kiri hanging around him as she deems him “trouble”.

Could Jake Have Asked For A Background Check On Spider?

Going over to Jake for a minute, he might’ve asked Max or Norm to look into Spider’s background before he adopted him. Likewise, he would’ve had to check with Neytiri before he bought a random human child home. However, we doubt he would’ve sprung it on her. Also, it appears from the trailer that Jake is probably the one who acts as the buffer between Miles and the other boys, as there’s a shot where he’s embracing Spider and either Lo’ak or Neteyam, or he’s trying to separate them.

If you look closer at Jake, he’s covered in blood and does not look happy, meaning something serious has gone down.

Moving back to Neytiri, her concerns regarding Spider might be spot on as the latest trailer and stills from the movie show that the kid has a ton of interactions with the Recoms, who are in league with Quaritch, who was somehow revived between the events of the two films. We’ll go over this in another post. 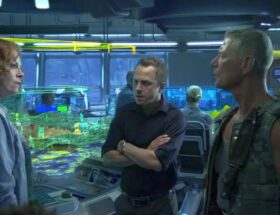