Skip to Content
Home Avatar Avatar: The Way Of Water – How Is Kiri Connected To The Larger Story And How Does She Exist? 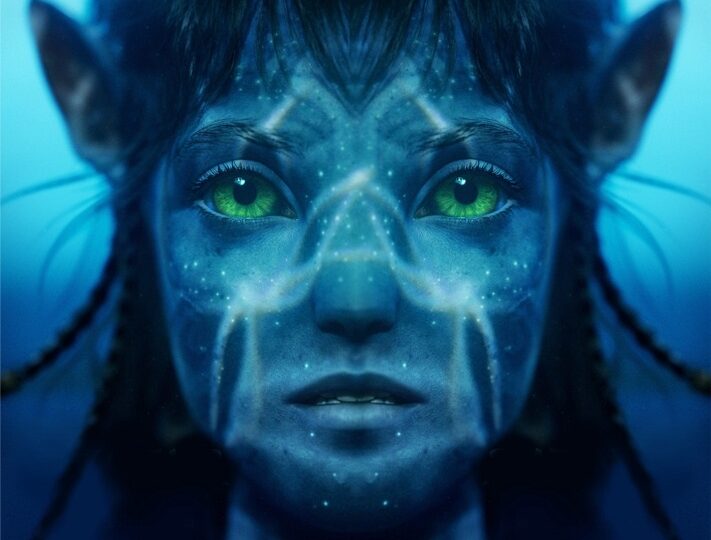 The Way of Water has been fourteen years in the making, but it will be worth the wait to return to Pandora, especially since we’ll be introduced to many new characters. Kiri, Jake and Neytiri’s adoptive teenage daughter, is one of those characters. However, since the first look at the character, it’s been unclear how she is relevant to the overall story.

There’s not much information about Kiri currently, as the film hasn’t come out yet. However, sprinklings of her relationships with her adoptive family have dropped in an upcoming comic series, Avatar: The High Ground. According to what has been said, Kiri is close to two of her four adoptive siblings; her human brother Miles “Spider”, and her Na’vi little sister, Tuk.

Kiri is close to her adoptive parents, Jake and Neytiri too. However, her relationships with her younger Na’vi brothers, Neteyam and Lo’ak, are unclear. Though, it has been claimed that she sees Spider as the brother she never had, despite having two others. Whether this is true, we aren’t sure.

Now, their biggest mystery is who Kiri’s biological parents are. Well, we do have a half-answer. Kiri’s biological mother is Grace Augustine, Sigourney Weaver’s character from the first film. Also, Sigourney is back for this second movie as Kiri, so she’s playing her own daughter in a sense. Unfortunately, there is no known father to our knowledge, but we’ll come to that in a moment.

The Existence Of Kiri

However, Kiri’s existence is still a mystery for several reasons. The first reason is that Grace died the year before Kiri was born. According to Grace’s Avatar Fandom page, she died on August 21, 2154. Therefore, Kiri was born sometime in 2155 as the child of Grace’s Avatar.

Grace’s Avatar was rendered brain-dead when Grace died, as she was the only person who could operate it. This is a different case to Tom Sully, who was murdered before he could use his Avatar, which is why Jake stepped in. Because Tom and Jake were identical twins, Jake shared the same genetic makeup as his brother, so he could link with the body, as it would’ve been a waste of money otherwise.

(Editor’s note: We were going to link Tuk’s Fandom page to the post, but someone has decided to edit it and several other pages with unsavoury material, so we decided not to include it.)

Kiri’s nose is smaller than Grace’s, and her face is rounder. However, there are similarities that you can see in the images. The eyebrows are a dead giveaway that they’re related. Also, there is footage of Kiri watching Grace’s video logs. We know as well that the footage is new stuff that Sigourney filmed. This is similar to what Kiri and Spider do in the High Ground comic story, where they sneak into the RDA to watch Jake’s old video logs.

Whether we see Jake’s video logs in the new film is debatable. Somehow we doubt it. Anyway, there is a scene in one of the trailers where Kiri is sitting with Jake where she says:

Now, it’s unclear whether Kiri is talking about Grace or the deity the Na’vi worship, Eywa. However, something tells us she’s talking about Grace, as we know that despite the scientist being dead, her consciousness is with Eywa in the Tree of Souls.

Kiri has been described as sensitive to everything around her. Therefore, she can probably sense Grace’s consciousness in the network whenever she connects to it. That’s another thing too. Kiri was born naturally, meaning she was conceived and born like a regular organic being.

When An Avatar Dies

How is this possible? We don’t know. Since Grace died in mid-late August 2154, the Avatar would’ve had to be pregnant for Kiri to be born in 2155. That brings up something else. The Avatar had to be taken back to Hell’s Gate after Grace’s human body expired. It was either that or bury it. Technically, it was still living, meaning a child could’ve been growing inside the womb. Avatars can die, as a deleted scene from the original film shows Norm’s Avatar being killed. Just because the artificial body dies doesn’t mean the human one does. In the original script for the film dating back to 1995, there was a scene where an Avatar perishes, and the human driver is left shell-shocked.

Norm’s Avatar was shot, and the second it happened, Norm’s consciousness was pushed back into his human body as he felt the impact as he was seen climbing out of the stasis pod, clutching where the Avatar had been hit.

So, let’s go over how Kiri fits into the larger story. When the RDA starts pushing the Sullys out of their home, they head to the Metkayina clan for help. The moment Kiri hits the water, the more she feels at home. That’s all we know about her role in the film, but there will be more as time goes on.

How Is Kiri’s Existence Possible?

Finally, we get to Kiri’s father. We have no idea how her existence is possible. There was no indication of a pregnancy in the first film. However, we have some ideas of how her conception could have happened.

The first one is that Grace’s Avatar wasn’t pregnant and was growing a child using her own DNA and that of the Na’vi. However, she died before the foetus could fully develop. This is where Max could come in. We don’t know what type of scientist he is. Only a select few humans were allowed to stay on Pandora after the attack on the Tree of Souls.

There is no way that Grace would’ve allowed such precious life to remain in the RDA’s hands. We know that she moved her team, which included Trudy Chacon, Max, Norm and Jake, to the Hallelujah Mountains, preventing Parker Selfridge from getting his hands on their work. What if one of those pieces of work was Kiri? However, this throws the natural conception thing out the window.

James Cameron stated that at the end of the first film, he did not consider Jake an Avatar because his soul was transferred over to the Avatar body, permanently making him a Na’vi. It has also been implied that Kiri is regarded as a Na’vi, despite having human characteristics. Lo’ak, Jake and Neytiri’s youngest biological son, is in the same vote as are his older brother and younger sister.

Anyway, there would’ve been only a handful of people Grace trusted with her secret outside her inner circle. There will be other scientists in the new film, and one of those would likely have known.

Kiri Was Put In Stasis

Our second theory is that Kiri was born before 2145 but was put on ice until after Grace’s death. Let’s say Grace had a one-off with a Na’vi male in her Avatar. She could’ve gotten pregnant and remained in the body until the birth of the child and then put the baby in cryo until later.

We know that Grace’s Avatar was about fifteen years older than Norm and Jake’s Avatars. She was also on Pandora for a long time as she started the school for the Omaticaya clan children that was shut down after the RDA attacked it and several students were killed.

Grace could’ve entrusted one of the other scientists to keep the child a secret unless there was a reason, such as her death. However, given how close Grace was to her team at Site 26, they could’ve been told after her demise and then Jake agreed to take Kiri to be raised as part of his family while allowing her to have some connection to her birth mother. 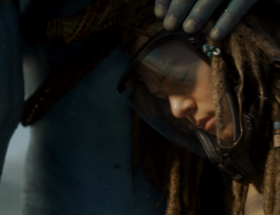 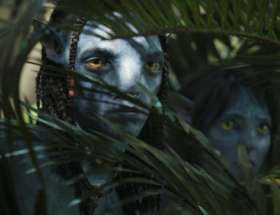