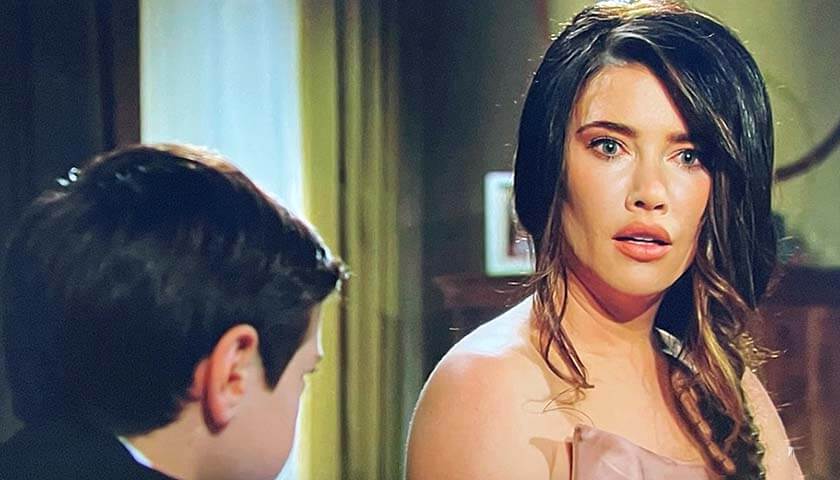 Steffy and Douglas Forrester are a great team in the current storyline involving Thomas Forrester’s hatred for Brooke Logan. Caroline Spencer would be proud of her son for standing up against his father’s over-the-top vendetta.

For once, Steffy is putting the right thing ahead of what she wants; her parents back together. Even Stephen Logan, Brooke’s father, thought it was stupid that grown people would wish to have their divorced parents together. More on him later in the post. In today’s episode, Steffy tells Taylor Hayes what Thomas did, and the shrink is NOT happy with her son.

Despite trashing Brooke, even Steffy has her limits, as Katie Logan mentioned. While some might see the co-CEO of Forrester Creations as a hypocrite, let’s look at the facts as we have them. First, Steffy has a right to have an opinion. If she doesn’t like her stepmother, that’s fine. However, Finn has mellowed her out, and she doesn’t want Kelly to become a pampered princess as Ridge Forrester showered her with accolades.

She wants her to get along with Beth. This is what Liam Spencer and Hope Logan both want. The infighting started with their mothers, Brooke and Taylor, and then moved on to their daughters. Steffy also has a habit of making it Forresters v. Logans.

Anyway, going back to Douglas’ role in all this, he slowly opens up to his aunt and tells her about the app on his phone, and his father does. Then, as proof, he plays both the one of Thomas and the one of Brooke, which became the CPS recording.

Now, he didn’t want to open up to his aunt at first, but being the smart kid he is; he knew he could trust her to put his father in his place. This is what Thomas didn’t like, having his little sister come out and say, “What you did is wrong.”

Does Steffy like Brooke? No, and she has never lied about that, but even she knows Brooke’s not vindictive enough to call CPS unless there was a reason for her to do so. As Taylor said, Thomas not changed despite his protest that he had. Has Steffy and Taylor done dodgy things in the past? Yes. Though, it’s never spoken about. Brooke is always made out to be the villain and never the Forresters.

Douglas Made A Bold Move

Anyway, Douglas telling Steffy what his father did, was a bold move. The reason is that she wants her parents back together. Douglas will have been aware of this as he would’ve heard the adults talking about it. So it would not be surprising if Douglas wants to return to Hope and Liam after this storyline blows over.

Also, it should be pointed out that Steffy didn’t make excuses for Thomas regarding Douglas. She knew her brother would pull a stunt and then deflect and excuse it as being for the greater good of their family. Since she’s moved on from Liam, Steffy has wisened up to what is right and wrong. Does she want her parents married? Yes, but a lie is not worth it.

Moving over to Stephen Logan, it was nice getting to see him. Since we’ve been watching the show, we’ve never seen him interact with his family as he hasn’t been there. Though, we recall the conversations Donna has mentioned she’s had with him. As we referenced earlier, Stephen thinks Steffy and Thomas are immature for pushing their parents together.

Thank God For Donna And Katie

Donna is a great eyewitness as she has been on the inside of the current Logan v. Forrester conflict over Douglas. She’s loyal to Eric, but even he knows she is dedicated to her sisters. She’s the in-between force that delivers the goods to Brooke. Katie does a similar thing at the office.

The whole thing has Stephen stumped. Why would Ridge unceremoniously dump Brooke without an explanation? It just doesn’t make sense. However, it’s only a matter of time before the truth gets out, and when it does, Ridge will realise (again) that his son has not changed. The last time this happened was when Thomas tried to con Hope to marry him by duping Zoe.

However, there is no place for Thomas to hide out this time as Vinny is dead. 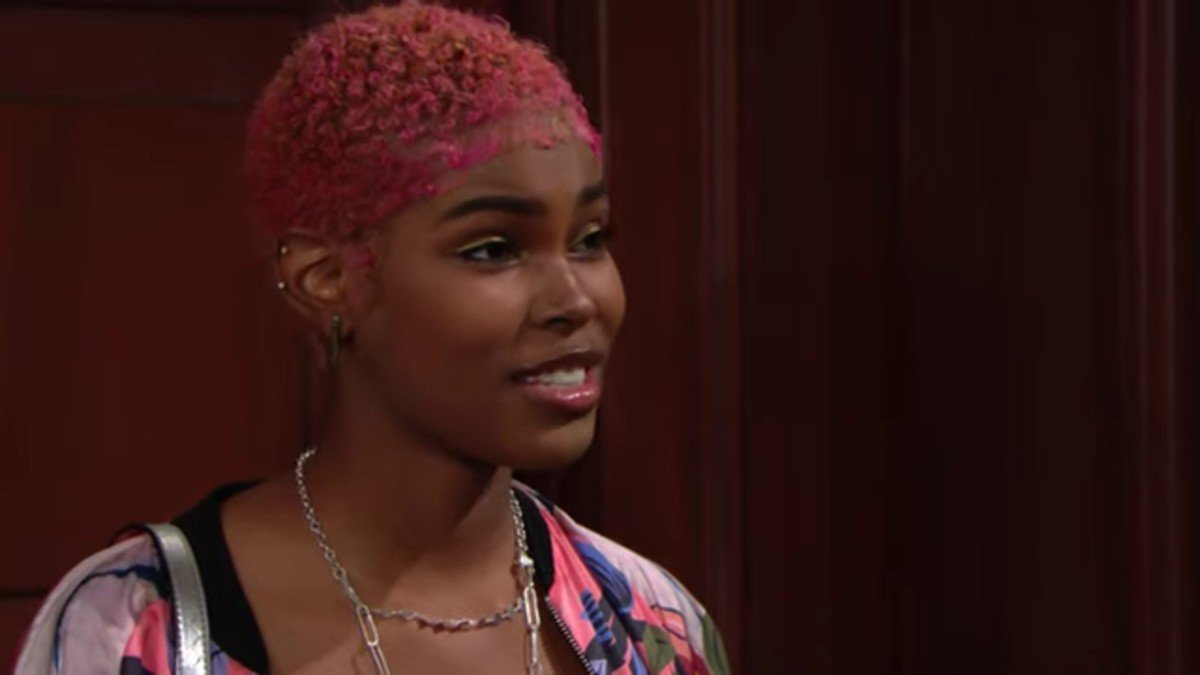 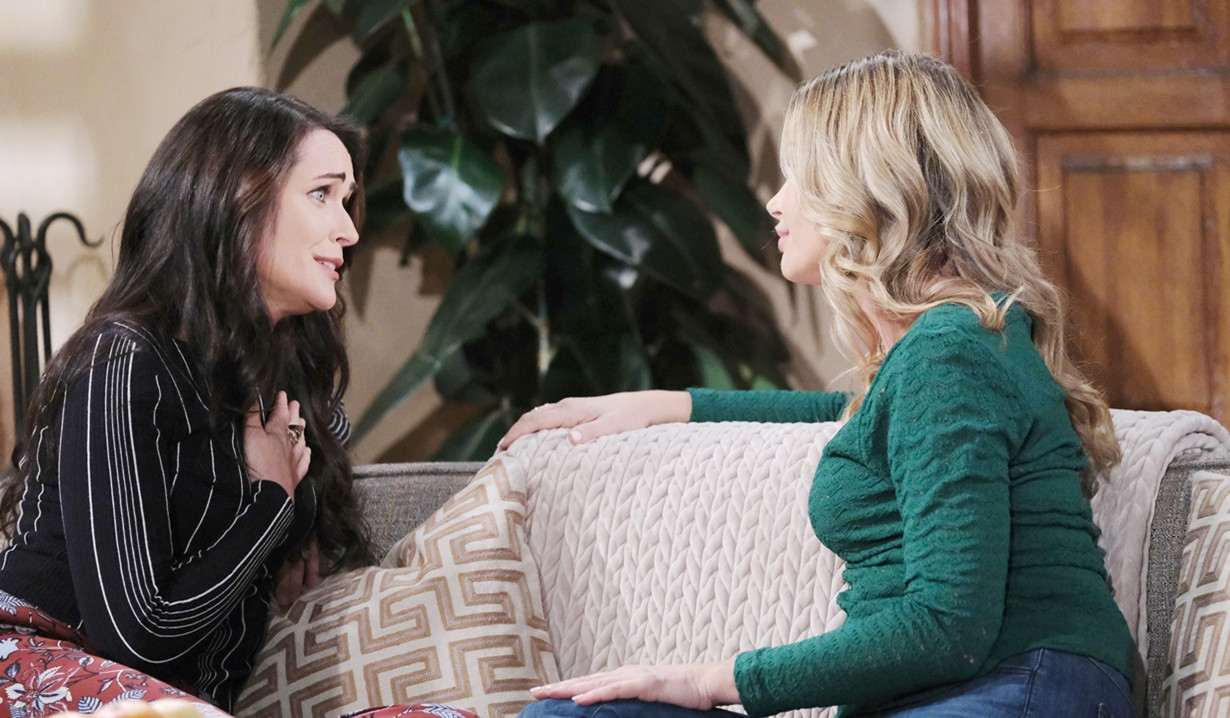 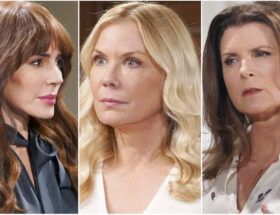