Rumour has it that there are concerns over privacy at the King’s coronation if Harry and Meghan Markle show their faces. This comes after Harry blurted out that he had killed twenty-five Taliban fighters during his time in the army. Also, there are worries from other royal family members, including his uncle Prince Edward and aunt Princess Anne, that whatever they say will end up in another book, according to news.com.au. After all, the self-exiled prince claimed he had enough material to write another ‘tell-all’ after cutting his recently released memoir, Spare, down to 400 pages. What’s more, there is speculation that a royal reunion could be happening soon before May’s coronation, according to the Daily Mail. Meanwhile, I think about the clues about a potential cult mentality the Sussexes live under.

We live in a weird and wonderful world. There is no denying that. But wouldn’t you have something to say if someone in your inner circle invaded your privacy if they wrote a tell-all book about how much they hate their life? Well, it appears that Prince Edward and Princess Anne have raised concerns about privacy if their nephew, Prince Harry and his wife, Meghan Markle, attend the King’s coronation in early May, the day of their son, Archie Harrison’s fourth birthday.

It is understandable why there would be privacy concerns. After all, Harry spoke about his Taliban kill count and private conversations that were allegedly had between him, his father and his brother after his grandfather Prince Philip’s funeral in 2021. This is why much of the family gave them a wide berth at the Queen’s Platinum Jubilee in July 2022 because they didn’t want their conversations recorded and leaked.

No one trusts Harry and Meghan. That much is obvious. This is why William and Charles want nothing to do with them, as they don’t want their private business in a book, on television, or in a podcast. Also, having the Sussexes attend the coronation puts everyone at risk due to the comments about the Taliban kill count and what was said about them not being considered human.

Despite what these horrible people have done, they are human beings. They’re not chess pieces. Also, he can’t just have his ghost-writer write this and then blame the media for ‘taking it out of context.’ Rebecca English and Richard Eden spoke about this on Palace Confidential the other day.

Harry has a real thing against the media, and he said in one interview that he did to promote Spare that he wants to tear apart the UK media and reshape it so they can only say good things about him and Meghan. First off, that’s a dictatorship. Secondly, he doesn’t seem to grasp that it was more than the UK media. It was other outlets in different countries too. Rebecca said she had to be careful about how she wrote about the Taliban. It didn’t matter as Harry still went after the press while promoting the book on Stephen Colbert’s talk show.

So, the Daily Mail (link above) has been talking about a possible reunion between Charles, William and Harry before the coronation. Why? They don’t want the coronation to become a circus if things aren’t resolved between the Sussexes and the rest of the family. The article claims that it would be best if several people sat in from both sides, held up their hands (not literally), and admitted that things went wrong.

If I were in the middle of organising the meeting, I would have only Harry present, and I would have everything recorded on camera. A meeting with Meghan should take place separately and in the same way. Also, it should be conducted interrogation style where one person stands behind the one-sided glass.

Both Harry and Meghan should be searched before they enter the room. Also, there shouldn’t be arguing from either side. Instead, there needs to be listening to each side’s perspective. This means Harry needs to listen to his brother and father’s concerns, and they need to listen to him. What’s more, is the one agreement that needs to be made is that Harry leaves the cult mentality he’s under.

So, the final thing I wanted to discuss is the clues we’ve gotten about Harry and Meghan being involved in a cult mentality. Harry admits to using drugs to find ‘his truth.’ There have also been interviews where it looks like his pupils are dilated, and he talks about wanting to save his niece and youngest nephew, Charlotte and Louis, from being spare and becoming like him.

There’s also the whole god-saviour thing he has going on. He believes he is a prophet born to save the royal family “from themselves.” Okay, that is cult behaviour. No sensible person would say things like that. Also, someone asked Brittany of the Royal News Network in her live stream this morning if she had seen Harry reference the Kings of Norway and the Netherlands.

While she admitted she hadn’t, Brittany said she knew what he was talking about. The King of the Netherlands, Willem-Alexander, spoke about how he had people look into the slave past and colonialism. Meanwhile, the King of Norway, Harald, had just addressed the alleged racism towards his daughter, Märtha-Louise’s fiancée, the Sharman guy. He could have also been talking about the princess’s current role in the monarchy.

For those who don’t know, Märtha-Louise is a bit kooky. She talks to angels who would fit in with Harry and Meghan’s lifestyle just fine. However, her fiancée, the Sharman dude, is a fraud. He believes people give themselves cancer, and he sold an amulet that kept COVID-19 at bay. But then he got COVID. Think of him as similar to former celebrity chef Pete Evans, who believes all the conspiracy theories. 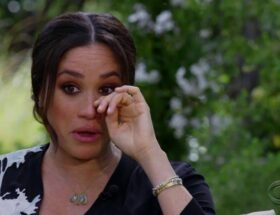 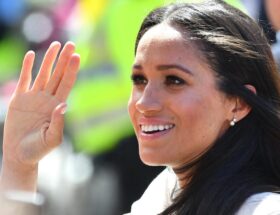