Trust the Sussexes to take over the media, despite screaming they hate it and want privacy. Anyway, the first half of their Netflix “docuseries”, which focuses on their “love story”, has dropped and oy vey! People are ripping it to shreds. We haven’t watched it as we don’t have Netflix, though we have other methods of watching it. Even if we did want to screen it, we wouldn’t, as we don’t want to give the airtime to something full of shite, and Meghan’s voice annoys us.

Also, watching the series is unnecessary, as the media will report on it. Meghan’s Archetypes podcast was the same way. Given that the show is only three episodes in six, there will be other posts we will write about based on what other people have said.

When it dropped last night, we saw people live-tweeting about it, and boy were they critical. Let’s not forget that Meghan threw Liz Garbus, the director, under the bus during the Variety interview. Markle literally said, “it’s not the way we would’ve told it”, or something along those lines. It’s mentioned in the article.

So, the Royal Grift is doing a video review series on the show, and her first video breaks down the opening sequence. She mentions that just this tiny bit invokes who has been cut out of their lives. Doria is seen in the photos used from Meghan’s childhood, and so is Princess Diana, which is no real surprise. Thomas Markle has been completely erased from his daughter’s life, even in photos.

According to the Duchess of Narsussex, who reviewed the first volume, Samantha Markle is public enemy number one. Of course, one of Samantha’s daughters is dragged into it too, but we’ll get there. Duch also points out that Harry was hounded by the paparazzi when he was younger, but Meghan was not. We know this, but DoN was drawing a comparison between the two.

The early 00s was a hazardous time for all royal girlfriends. We saw what happened with Catherine, where she couldn’t even get out her front door without having the paps in her face. It’s a miracle that she didn’t come out of the experience traumatised.

Netflix Probably Had Exclusive Rights To Archie And Lilibet

Another thing we need to mention is it appears, and Duch brings this up, Netflix likely had the exclusivity rights to show video and photos of Archie and Lilibet. Also, one truth was told from Harry in an earlier interview. This was when he said a framed picture of his mother was in Archie’s room. There is. However, the footage used to depict this was of Meghan with Archie, not Harry and his son. This makes us wonder if this was done on purpose to show how Markle is like her mother-in-law, who is bought up constantly.

We all know Meghan is nothing like Diana. The high turnover rate that Sussexes have with their staff is insane. The people bullied out of their positions at Kensington Palace are just the tip of the iceberg.

Returning to the who raised Meghan narrative, Doria claims that she raised her daughter with the help of the local women. It has been widely speculated for a while that Doria has been paid to be the one parent in Meghan’s life. We don’t know how true that is. She also says that Meghan was an “empathetic child” growing up. The Duchess of Narsussex bought up that HG Tudor mentioned in one of his videos that a narcissist would become the way they are by the time they turn nine or ten.

It appears, just from is out there on the interwebs, that Meghan was narcissistic from the jump. From what Ninaki Priddy, Meghan’s ex-best friend, told The Daily Mail before the 2018 wedding, there was a time when they were young girls (about seven or eight) when she wanted to do something, and Meghan didn’t. Instead, they spent hours with their backs to each other due to Markle’s inability to compromise or do what someone else wanted to do.

This can quickly be passed off as kids being stubborn or misbehaving. However, it appears this would continue the older Meghan got. Then, there was the infamous birthday party incident where Meghan took over playing the princess, and all the other kids had to bow down to her. The video was shown in an Entertainment Tonight segment four years ago.

Returning to the docuseries, Meghan claims she didn’t want the attention. This comes despite wanting to be an actor all her life. But, as Duch points out in her review, being snapped by the paps is a part of the job if you want to be an A-lister.

As we mentioned earlier, the early 00s was paparazzi central. It was a breeding ground if you will. It’s also no secret that Meghan loves being on camera. Look at how she spent all that time on set with her dad. She mentions this but refuses to mention Thomas.

There is a load more we want to talk about, but we’re going to wrap this piece up in a moment. We last wanted to address one particular swipe taken at William and Catherine. Harry claims that he is authentic and that William is the product of the monarchy. It gets worse as he insinuates that William married Catherine because she “fits the mould” of the firm.

We’ve never heard something so disgusting (outside of racist gaffes) come out of Harry’s mouth. If William hasn’t already cut his brother out of his life entirely, he should now. Harry implied that Catherine was what Diana was to Charles, a bride who had to pump out heirs. He’s unhinged; he really is. So much for the spiel; he went on years ago about how Kate was like the big sister he never had. 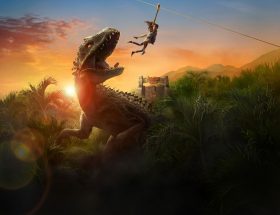 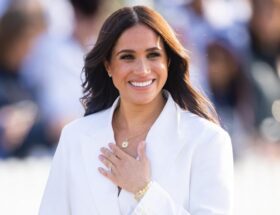