As we reach the end of Stargirl’s premature run, the return of Jordan Mahkent, better known as Icicle, is raising the heckles of the JSA. While his parents, Sofus and Lily, are overjoyed to have their son back, his own son, Cameron, is hesitant at his father’s rise from the dead. Having shut the door on his relationship with Courtney last episode due to her “lies”, he begins to rethink everything.

Having been watching his family, Jordan is aware of his son’s relationship with his teenage arch-rival. He then reveals that it was Mike who killed him and that Courtney was protecting her brother. Moreover, he also brings up how he came back. After being run over by Pat’s son, his remains melted and started to reform, leading him to live in the tunnels for a year to heal. Forcing his family to believe he was dead.

He returns to the American Dream, which sets off alarm bells for Barbara, who has only just learned of Paula and Crusher’s deaths at Jordan’s hand. Devastated by her friend’s murder, she pulls her former boss into her office, where her unease grows.

Meanwhile, Artemis grieves her parents when she, Courtney, Yolanda, and Beth finds her dad’s broken mask amongst the human remains in the surveillance room Jordan was hiding in. At this point in the episode, they didn’t know about his return until after this.

Upon Jordan’s return, Cameron goes to Courtney, wanting to get back together and for everything to return to normal. He even dismisses her concerns about how his dad has killed people. However, Jordan knows how to twist the narrative to get his son to believe whatever he wants him to hear. This could be problematic as it pushes Cameron to pick a side when he realises his father hasn’t been entirely truthful.

Courtney is unsure and incredibly uneasy that he believes what his father told him about wanting peace. However, her feelings for Cameron outweigh everything, and she doesn’t stop him from kissing her. Elsewhere, Sylvester is looking for the Ultra-Humanite when he gets a call from Courtney about the Crocks. However, she hesitates to tell him about Icicle’s return.

Pissed off, Sylvester blows up the barn using Cosmo. Back at the house, he gets into an argument with Pat over what they have to do about Jordan. Sylvester also digs at Courtney (who is not present) for being naive about the situation.

At the Williams house, Mike and Jakeem struggle to come up with a wish they can use to help. Finally, Jakeem and Mike agree they want Jordan’s powers removed, but Thunderbolt refuses to grant them their desire, as Icicle’s powers are the only thing keeping him alive. Mike freaks out because the Mahkents could go after him and turn him into a popsicle.

Cindy turns up and wants to join their team. The boys get excited as this is what they want; to have her on their team. But it gets awkward quickly.

Barbara finds Artemis in her room and tells her she can stay with her, Pat and the kids as she can’t stay alone. Artemis then breaks down in her arms. In Courtney’s room, Yolanda rings her mother to hear her voice. In Spanish, she says that she lied to protect her. Maria is confused as to what she means.

Finally, Jordan goes into the forest, finds Ultra-Humanite and says, “It’s time.” What does that mean? We don’t know and won’t know until the next episode. 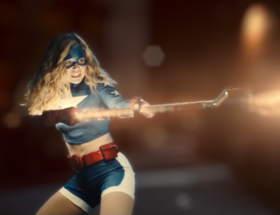 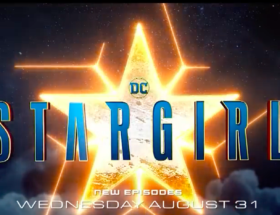