Of all the royal families around the world, they don’t get as kooky (in a sense) as the Norwegian Royal Family. So while we haven’t spoken much on this site about these royals, we thought we talk about Princess Märtha Louise, the eldest child of King Harald V and Queen Sonja of Norway and her American fiancée, Durek Verrett.

Now, Märtha Louise, despite being the eldest child of the King and Queen of Norway, will not become monarch. That honour went to her younger brother, Crown Prince Haakon. Moreover, his eldest child, Princess Ingrid Alexandra, will one day become Queen, becoming the second woman in Norway’s history to rule in her own right.

At the time of Märtha Louise’s birth, she was not in the line of succession, as only men could inherit the throne. However, this changed in 1990 when the law was changed to allow women to rule. Currently, Princess Märtha Louise is fourth in line to the throne after her brother, niece Princess Ingrid Alexandra and nephew Prince Sverre Magnus.

The Norwegian government worked around this to apply the original male preference primogeniture law to those born before 1990. However, the new rule applied to those born afterwards, which included King Harald’s two sisters.

One well-known fact about Märtha Louise is that she claims that she talks to angels and is a clairvoyant. She has had several controversial endeavours over the years, but the most infamous is her engagement to Durek Verrett, a “sharman” (we use that term loosely, by the way), who has been described by a ton of people as a conman.

Now, Durek is African-American, and there is nothing wrong with that. So please don’t come for us in the comments. Instead, if you want more context into this guy, please check out our dear friend Sue Smith’s video on the topic. She even includes a video press release of Märtha Louise and Durek talking about the princess stepping down from her royal duties and where she cannot use her title on social media.

We want to point out that Märtha Louise and Durek are essentially Norway’s Prince Harry and Meghan Markle. However, there are a few key differences.

We said in a post yesterday that we’re cutting down on content surrounding the Sussexes, but this comparison is too good to pass up. Also, we’re choosing not to include Prince Harry and Meghan in the tags of this article because it is only about comparing them to Märtha Louise and Durek.

The King And Queen’s Statement

Sue mentions in her video (linked above) that Märtha Louise’s parents, King Harald and Queen Sonja, did a press conference where they said Americans don’t understand how the monarchy works. They were referring to Durek not knowing how royalty operates. Moreover, this was backed by several media outlets, including Hello Magazine. However, Hello Magazine makes it appear that it was just Queen Sonja who made the statement. Talk about misleading. Though, the actual article states that they BOTH issued the comment.

Anyway, this brings us to our Meghan comparison. Durek, much like Markle with the British monarchy, had NO clue how the Norwegian monarchy worked. After digging, we found a Daily Mail article where Verrett claimed that European people don’t want a black man marrying into any royal family. He even compared his situation to the Netflix series, Bridgerton.

He then did a complete 180 in his statement with Märtha Louise. Mind you, Instagram Live, where he bought the idea of racism forward, took place in June 2022, when the DM article was published.

The first is Gary Lewis, who is Maori married to Lady Davina Windsor, a distant relative of the main line of British royals. He has two mix-raced children with Davina.

Secondly, we have Princess Angela of Liechtenstein, a woman of colour. She married into the royal family of Liechtenstein in 2000. According to our research, she is the first woman of African descent to marry into a European royal family. She is also a decade older than her husband, Prince Maximillian. Not to mention, she was successful before she married and designed her wedding dress herself. Angela has a son with Maximillian, who is mixed-race. It has been said that Meghan Markle’s ill-fitting wedding dress was a rip-off of Angela’s, given how similar they look.

Anyway, we need to ask whether Princess Märtha Louise is complacent in the lies Durek tells. Honestly, it might be a bit of both. They share the same values of spirituality and will make up stuff as part of their narrative. While there is nothing wrong with sharing values, trying to shove them down people’s throats is a surefire way to annoy those saner.

Finally, Sue even mentioned in her video that we linked earlier that Verrett claimed to have risen from the dead. Hmm. Yeah. It’s no wonder Märtha Louise fell in love with him. 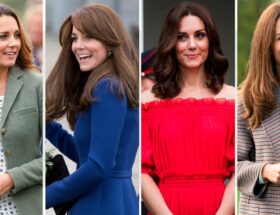 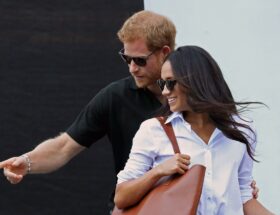 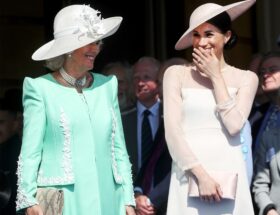