The Sussexes have lost their shine, and it’s beginning to show. What used to bring a truckload of traffic is now just a tiny non-existent blip. Meghan Markle does not want to see that no one cares what her opinions are outside of the 0.00000005% of people who blindly idolise her. It’s sad and shows how desperate she, and by extension, Harry are for recognition.

In all honesty, Harry did want privacy, but his wife didn’t, pushing him to be snapped by the paps. So much his phobia of the camera clicks. Also, does Meghan not see that her husband is miserable? Does she not look back at the photos from events and see how uncomfortable and misplaced Haz looks?

No, she doesn’t because she sees herself as the one with the shine. She would be nothing without Harry, and no one would be paying her attention if she wasn’t ‘The Duchess of Sussex’. I’ve said this before, as have a TON of people, but would Meghan be able to locate Sussex on a map of England without using Google? Probably not.

She spent all of like two hours there on ONE visit. Now, the reason I bring this up is that I’ve noticed the stats here on the site have dropped drastically when it comes to my Sussex content. I’m not the only one who has noticed the drop in stats on their content. Brittany of the Royal News Network has also noticed a massive reduction in views on her Sussex-related videos.

I have been neglecting the site lately due to a fan campaign that has nothing to do with the Sussexes. I’ve also started distancing myself from the Harry and Meghan stuff because I want my site to stand for what I created it for; entertainment. Project Fangirl was never about reporting on the Sussexes full-time.

The Sussexes have been dragging down their business ventures, pulling everyone else with them. Not even their PR bots are getting much traction regarding likes and retweets. I will still report on their BS, but it won’t be as frequent. 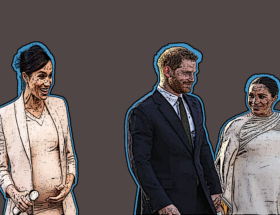 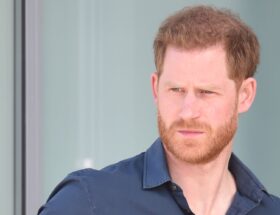