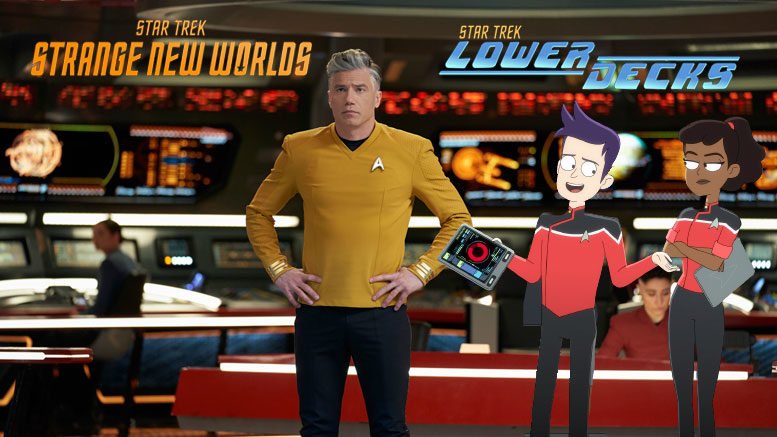 It was one of the oddest ideas for a crossover when it was announced, but Star Trek: Strange New Worlds and the animated series Star Trek: Lower Decks will be crossing over in 2023. With production for SNW Season 2 long finished, fans have been pondering how the event will work. Then, while we were watching Season 3 of Lower Decks, a thought came to us. Several episodes mention that the show takes place during the same era as Star Trek: The Next Generation.

TNG is a sequel to The Original Series, with William Shatner’s James T. Kirk, set almost a century later. However, having two era merge together has been done before through time-jumping means, as seen in Star Trek Generations. Also, we wrote after the Strange New Worlds Season 1 finale to Lower Decks. Unfortunately, there wasn’t much information about the crossover at the time.

In the months since the announcement, Jack Quaid, who voices Brad Boimler, has said he will sport a purple wig during the crossover. He will be joined by Tawny Newsome, who will reprise her voice role as Beckett Mariner in live-action.

For anyone who is a casual Star Trek fan, the Strange New Worlds/Lower Decks crossover was announced in July 2022 at San Diego Comic-Con, as per TrekMovie.com, courtesy of Anson Mount, who plays Captain Christopher Pike in SNW. They bought out Tawny and Jack as special guests at the Star Trek Universe panel.

In an interview with Variety, Jack mentioned that he would sport Biomler’s signature purple hair. However, he also clarified that it wouldn’t be like Who Framed Roger Rabbit? where it was a live-action setting and live-action characters interacting with 2D animated characters. Instead, it would be the real deal with all live-action interactions.

For those who might not be aware, before Lower Decks, Star Trek had only gone animated one other time with The Animated Series. This series featured the original TOS characters as a continuation of the original show, which was cancelled in 1969. So the franchise has never had animation and live-action personalities clash before.

Jack wasn’t specific about how the crossover happens when both series take place over 100 years apart. Finally, we note that Strange New Worlds is set after Star Trek: Discovery Season 2, which saw Spock, Pike, and Una (Number One) as reoccurring characters. Moreover, they set up the premise for Strange New Worlds, while Discovery set off over 900 years in the future.

There are no further details of when the crossover will happen in SNW Season 2 or when it will air. Hopefully, we’ll have an answer soon. The first anniversary of the Strange New Worlds premiere will be in May 2023. When we have more info, we’ll be sure to share it, as we’re interested in how it’s done. 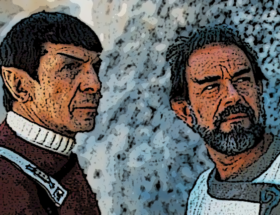 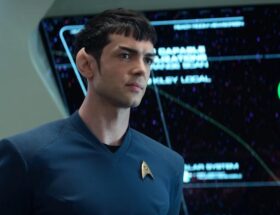 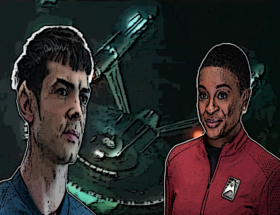