Meghan Markle Speaks On Her Time On...

There is no way in HELL that Catherine, Princess of Wales, would subject herself to being on Meghan Markle’s Archetypes podcast. Why would she? Its host bullied her three-year-old daughter and then proceeded to throw the future Queen Consort under the bus on Oprah with Meghan and Harry. Also, the story goes that the former actress wanted to talk to her sister-in-law about being working royal mothers. Um…

What work has Meghan done as a royal? She did under a hundred days as a working royal. Of the eighteen months before Megxit, she spent most of that time either pregnant, on maternity leave or on holiday. I am not making that up for those who will argue otherwise. Also, she was not trapped in an ivory tower like Rapunzel when she claimed she was on the Oprah interview.

Meghan doesn’t like to do hard work. Yet, she expects praise because her name is attached to something. Remember when Tom Bower said she refused to take acting seriously in college? Well, that’s one example. Also, Catherine, as I have displayed countless times on this website, had to work to get the respect she has. Yet, Markle expects people to give it to her because she has a fancy title. In this week’s Archetypes podcast, she says that people don’t have to like you.

This is correct. However, what she failed to mention was that respect has to be earned. Also, Meghan does not respect Catherine at all. Why? Because she has everything she wants. The sapphire engagement ring and title that were once Diana’s. As mentioned in Tom Bower’s book, Revenge, Harry tried to get his mother’s siblings to see that Meghan was just like his mother. However, they didn’t see it.

Also, Catherine knows that her words will be twisted. Why would she agree to talk to the woman who was jealous of her and bullied her children? No wonder the Princess of Wales, the Queen Consort and the Countess of Wessex shielded George and Charlotte at Her Majesty’s funeral.

Not to mention, she would be too scared to be rejected by the woman she has called a Stepford Wife. 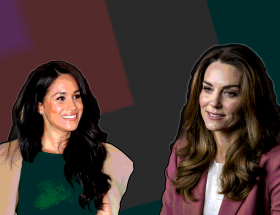 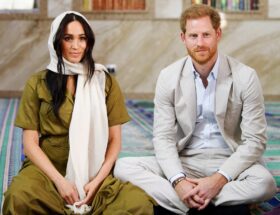 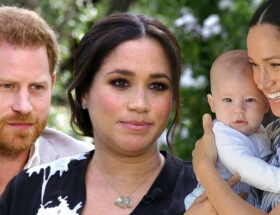