This week’s episode of The Bad Batch takes a detour and focuses on Crosshair rather than the other members of Clone Force 99. Of course, you don’t expect to be lonely when you desert your brothers and follow the path you believe you’re meant to follow. However, when it comes to Crosshair in this week’s episode, it appears he might be thinking that joining the Empire might’ve been a step too far.

After last week’s premiere double dose, we learned an inconsistency in a report Rampart was given regarding the Bad Batch’s survival on Kamino. As a result, we theorised last week that Crosshair might’ve lied in his report.

Rampart points out in this week’s episode that he finds it odd that the clone had been stranded on Kamino for more than a month and would return to his post. Crosshair tells him that he is an Imperial soldier and loyal. This is when he is teamed with Commander Cody. The last we saw of him was attempting to kill Obi-Wan after Palpatine activated Order 66.

Putting the gif with the dancing Travolta aside, Obi-Wan probably had PTSD when he saw that 501st trooper while searching for little Leia. After all, Cody did shoot at him, and the homeless clone had the same face.

Crosshair is seen as a lone figure, as the other clones want nothing to do with him, and he spends much time alone. It’s sad. However, it does show that he is beginning to see that perhaps Hunter was right. This is apparent when he is told that Cody has gone AWOL. Also, he sees that Rampart doesn’t give two craps about the remaining clones, as he doesn’t refer to them by the names they presented themselves and only sees them as disposable, as he calls them by their birth numbers.

It also appears to annoy Crosshair at one point when he has to correct Rampart. It has become clear that despite religiously following the mantra, “Good soldiers follow orders,” Crosshair is starting to see the Empire for what it is.

Also, his killing of Tawni Ames when Cody wouldn’t shows that Crosshair still believes in the mantra. But he doesn’t see his superior as weak. He doesn’t even comment when Rampart says Cody has gone rogue, as he’s seen it before with his brothers.

Whether Crosshair goes rogue himself this season is yet to be seen. Will he rejoin his brothers and sister? It’s unclear, but we don’t believe he will. He’s always been a solitary figure, though he does not appear to enjoy it. He believes in orders, but the Empire doesn’t like it when their soldiers go AWOL. If he decides to desert, he needs to find a way to keep him under the radar. That’s how Rex, Gregor and Wolfe remained alive for so long in Star Wars Rebels. Hopefully, we will get an answer soon. 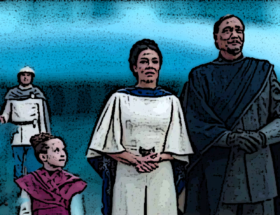 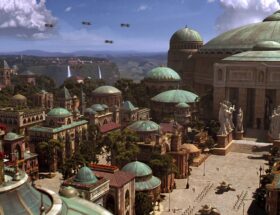