Skip to Content
Home The Agrippina Files A True Mythological Hardship – Helen: The Face That (Allegedly) Launched A Thousand Ships 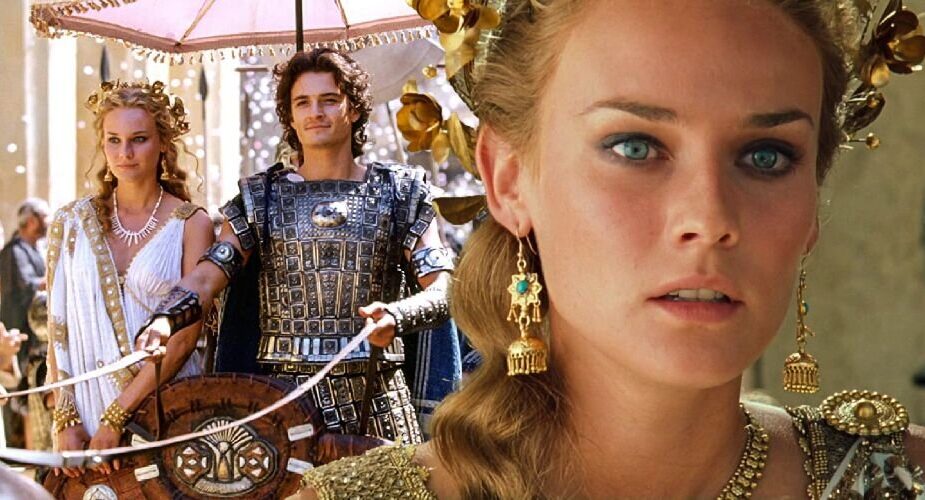 Say what you want about the Greeks, but their myths are top-notch. Yes, we’re nerding out, but we swear there is a good reason for this. Welcome back to a new edition of The Agrippina Files. In this post, we’ll discuss Helen of Troy’s mythological beauty and her not-so-glamourous life.

Now, if you’re not a mythological geek like us, don’t worry. All you need to know is the basics. So, you would’ve all heard the saying, “The face that launched a thousand ships.” This was about Helen of Troy and her beauty and how her kidnapping by Paris of Troy triggered the Trojan War. Though, some sources say she went willingly.

Helen Of Troy: Daughter Of A Philandering God

Helen of Troy was said to be the daughter of the King of the Olympian gods, Zeus and the human woman, Leda, a princess of Aetolia, turned Queen of Sparta. The god turned into a swan and mated with her, resulting in her producing an egg. Some versions of the story had her lying with her husband, Tyndareus, around the same time, producing two eggs. Some sources claim that Nemesis is her mother. Again, it depends on the source.

The version of the story with the two eggs made it unclear which of the four children hatched from the two eggs were the king’s children and which were Zeus’s. Think of it as similar to the situation with Heracles and his twin brother, Iphicles, where Heracles was Zeus’s son, and Iphicles was the son of Amphitryon, their mother, Alcmene’s husband.

One Of The Yseses (Joke From Disney’s Hercules)

Jumping back to Helen of Troy, her life was a living hell. According to The Toast, Helen, the most beautiful woman in Greece, was kidnapped at least 400 times before she was twenty. One of those kidnappings happened when Theseus (no, not Perseus or Odysseus, and yes, the dude who slaughtered the Minotaur) pledged to marry a daughter of Zeus.

One of the most famous but looser retellings of the Helen of Troy story was in the 2004 film Troy, starring a then-unknown Diane Kruger as Helen and Orlando Bloom as Paris. A lot of the myth was omitted, including the inclusion of the gods, though a statue and reference to Apollo are made.

The story of how Paris met Helen is fascinating. As per the World History Encyclopedia, the younger prince of Sparta was supposed to judge a competition between three Olympian goddesses, Hera, Athena, and Aphrodite. First, the Queen of the Gods offered him the regions of Asia. Next, the goddess of Wisdom and Battle Strategy said she would give him invincibility in battle. Finally, the goddess of love provided the most beautiful woman in the Greek world, Helen.

Paris chose Aphrodite and was sent on a diplomatic mission to Sparta, where he met and fell in love with Helen. Depending on the version of the story, she fell for him too. Though, other versions say he forcefully took her. Whatever the case, it was messy.

Helen Of Troy: A “Hot Commodity”

Helen’s husband, Menelaus, was furious that his wife was taken and convinced his brother, Agamemnon, to send a fleet of ships to get his Queen back. Oy vey. Women were seen as nothing more than trophies, even in mythology. At least the film Wrath of the Titans depicted Andromeda as a warrior queen.

Helen’s kidnapping from Sparta was a literal insult to Menelaus. As they say, you can’t help whom you fall in love with, and this was one of those situations. However, the King didn’t see it this way. He thought the abduction of his queen was enough to go to war. In layman’s terms, he saw Helen as a piece of property, not a human being with feelings. You undoubtedly didn’t see all the other men complaining when she was returned.

As one of the linked sources has said, kidnapping was just the Greek way of saying “Hello.” Worst. Greeting. Ever. Anyway, the Trojan War went on for a prolonged period of an entire decade. During this time, Helen of Troy had four children with Paris; three sons and a daughter. Unfortunately, the boys would all die at the war’s end when roofs caved in during the conflict.

In one such story, it is said that the suitors who wanted to wed Helen had to swear an oath to Menelaus to offer military help if she was ever kidnapped. This did come to fruition when Paris triggered the Trojan War.

Another Point Of View

Imagine being in Helen’s shoes. You get kidnapped 400 times before your 20th birthday. But, your husband has your other suitors swear to help in combat if you ever go missing “mysteriously.” Oh, and your alleged father is a philandering god who had to woo your mother by transforming into a swan, and you hatch from an egg like a common bird.

With all your kidnappings, you’d think people would sympathise with you. Nope. Instead, they build shrines to you like you’re a goddess looking for praise because of how you look. If this were real, the people doing the kidnapping would all be thrown in prison, and they would need a mental health assessment to see if they are criminally sane.

No woman, real or fictional, should be forced to endure all the drama that Helen of Troy did. It would be considered normal if this were a real-life situation where you were kidnapped regularly. Margaret George wrote that in Homer’s The Iliad, Helen is portrayed as a sympathetic figure, embarrassed by her adultery, which sparked a decade-long conflict to retrieve her.

Though, did Helen of Troy commit adultery? It’s unclear as various sources proclaim different versions of events. If she was legitimately kidnapped against her will, it’s not adultery. However, it would be philandering if she willingly left Menelaus for Paris.

George also states that in Book four of The Odyssey, Helen schemed with Odysseus while with Menelaus in Sparta during the Trojan Horse incident. She claimed she wanted to go home, but the place she was referring to was not implied. Or at least, that is our understanding of it. It has even been suggested that Helen wasn’t even in Troy and had been placed in Egypt for the duration of the war.

While we will never know what happened. Nor will we, given that it is a myth based on stories from storytellers with different opinions. Though one thing is for sure. The victims in the Helen of Troy drama are not the kidnappee or those who wanted her. No. The real victims are Sparta and Troy, who suffered due to the lust of men. Or the desire of a woman who couldn’t decide her own fate. To be free of the males who couldn’t deal with her looks.

Whatever the case, it is like a ship on a rough sea. 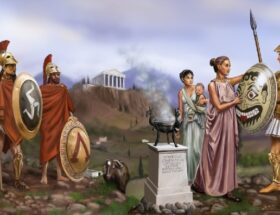 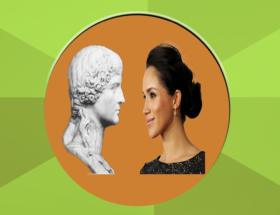