We’re a couple of months away from Star Wars Celebration Europe 2023, and now is the perfect time to speculate what might be revealed at the event. There’s not all that much to go over, but we’ll try to talk about all the points we have. Let’s start with Ahsoka.

We’ve known for a while that the Ahsoka series will be released sometime in likely early 2023. But we don’t have a release date or a confirmed cast list. Hopefully, Celebration Europe will give us those two things. Then, perhaps, we’ll get another look at the series like they did when the show was in production during Celebration Anaheim last year.

Celebration Europe would be the perfect place to confirm The Mandalorian Season 4 and other spinoffs officially. Yes, we know that Ahsoka is part of that universe, but so is Skeleton Crew. So hopefully, we’ll get a good look at that and get a rough release date.

We would love to see a short film about Grogu’s time in the Jedi Order or even a flashback episode about all the masters he had during his fifty years.

To end this post on our thoughts on Star Wars Celebration Europe, we thought we’d quickly cover The Bad Batch and Tales of the Jedi. It would be fantastic if they mentioned that both shows were getting another season each.

Also, how can you can a ‘Tales of the Jedi’ series without talking about other Jedi? If Season 1 was all they were going to do, it should’ve been called ‘Tales of Ahsoka Tano and Dooku’. There is so much more they could do regarding stories. They could do an arc on Shaak Ti, Aayla Secura, or our boy Kit Fisto. The possibilities are endless. 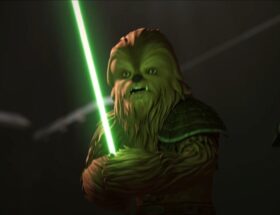