So, there is an update on the royal reunion front, allegedly. According to the New York Post, no reunion is planned between the rest of the royals and the Sussexes. It has been suggested that it was a planted story by the Montecito duo. Why? It may have to do with the coronation invite that might or might not be coming to them.

Regarding the coronation, it’s damned if the palace invites them and damned if they don’t. This is something the Sussexes thrive off. King Charles III, according to the Express, is reportedly livid with Harry, and no reunion will happen, at least at the moment. Moreover, Sharon Osbourne, who famously lost her job for supporting Piers Morgan, said earlier in the month, according to the Metro, that a reunion between Harry and William will not happen.

Sharon raises a valid point. However, there could be a reunion, only if Harry seeks proper therapy and not the hippy-dippy stuff Meghan has him doing, and he leaves his wife. William had every right to be worried and to call his brother “delusional and paranoid.” Even Samantha Markle as she told Dan Wootton on GB News that both Harry and Meghan need therapy.

The Netflix docuseries show that they do some alternative therapy that requires them to tell themselves that they are not what the media makes them out to be. This is a part of the woke ideology they’ve adopted. Everyone around you is against you, despite you being the one in the wrong, and everyone else is horrible because you can’t change their views. Yep, okay.

Everyone with half a brain knows that alternate therapy practice is something that is stemmed from political correctness. The woke don’t believe in accountability and always want the other side to apologise for something they didn’t do. So it would not be surprising if Harry and Meghan were behind the story. After all, they need more content to add to books, podcasts, Netflix shows, and whatever. This is why so many people are pulling away from them, as they don’t want conversations to end up in the public domain.

Again, this is nothing new. Robert Jobson told Natalie Barr on Sunrise that people don’t want to be the focus of conversations in public, hence why they are trying to distance themselves. After all, the Sussexes were barred from the BAFTAs Tea Party. 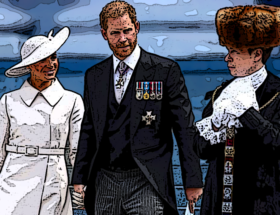 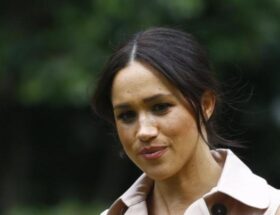