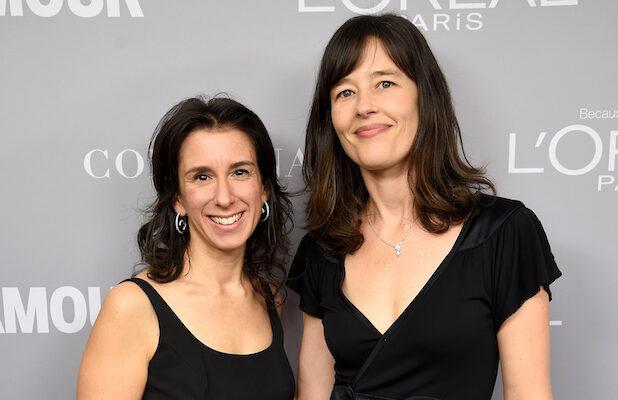 In today’s media, conversations about sexual harassment at the hands of bigwig bosses have never been more crucial. With the recent release of She Said, a dramatised retelling of what led New York Times journalists Jodi Kantor and Megan Twohey to break the biggest story of their careers; the truth about Hollywood producer Harvey Weinstein. However, before this came Bombshell, a dramatised version of the women who bought down Fox News boss, the late Roger Ailes.

Films like She Said and Bombshell need to be told to alert the world to the heinous actions of powerful men who hold women’s careers under their thumbs. Not all males are egotistical sex-crazed lunatics. Some will defend their female counterparts, while others believe they are superior because they’re in a position that rewards them handsomely.

For Jodi and Megan, it was about getting the truth about Weinstein into the ethos. They wanted women to go on the record about their experiences. They could never have imagined what would happen in the months after their story was published. The She Said film retells the story of how they went about researching and interviewing women and the trail they went down while having to stave off the likes of Harvey Weinstein.

As explained in the trailers, Harvey shut down many other publications planning to drop the bombshell allegations about his casting couch practices. However, he could not stop Jodi, Megan and the New York Times. He wielded too much power, and there were only so many places to hide.

Moving over to Bombshell tells a fictionalised version of how Gretchen Carlson and Megyn Kelly spoke up against Roger Ailes. The film also depicts the fictional character of Kayla Pospisil (Margot Robbie), who was an amalgamation of many Ailes’ victims. We see his abuse of Kayla only once, but watching as she feels it is uncomfortable.

The further into the movie the audience moves, the more Kayla gains her voice. It becomes evident when Megyn comes forward with her own allegations against Ailes. As more women come forward, Ailes becomes trapped against the wall. Finally, the news returns to the Murdochs, who are forced to take action. He later resigns after the drama with Bill O’Reilly blows up.

Jodi and Megan did everything legitimately. Harvey didn’t want his dirty little secret to go public. During interviews to promote the film, both journalists said there was one instance where Weinstein stormed into the New York Times and demanded the editor shut down the story just days before it was due to go live.

The editor told him to talk to his journalists as he wasn’t pulling the story when some much had been done. This goes to show that the NYT had Jodi and Megan’s backs. They weren’t afraid of Weinstein’s slew of prominent gun lawyers threatening to sue them as they had enough evidence to be proven in court. Also, you cannot sue if it’s true.

In Bombshell, Gretchen sues Roger as she cannot sue Fox as it is part of her contract not to take legal action out again them. Also, she covered all her bases, and her case against Ailes was solid as she knew what buttons to push and when to drop the bomb.

Standing up to your oppressors is not a weakness. It is a strength. Significantly, if you do it in numbers as Weinstein’s accusers did. As She Said states, if one person jumps, they all jump in unison. 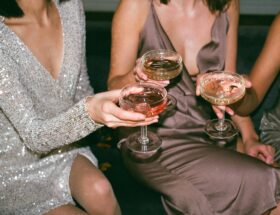 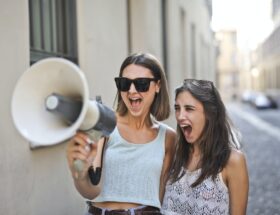