Skip to Content
Home Chronicles of Harkle Meghan Got Snubbed From Pippa Middleton’s Wedding… So What? Oh, Right. Meghan’s Feelings Were Hurt Aww! Poor Meghan Markle! Spare us, please. So, usually, I don’t address non-stories, but given how much press Prince Harry is getting due to his book, Spare, I thought I’d do something relating to Meghan. A story has resurfaced about the former actress being upset that she didn’t score an invite to Pippa Middleton’s 2017 wedding. The Express talks about how she [Meghan] was sad because Pippa didn’t invite her.

I remember the story from around that time, and there were multiple reports of whether Meghan was present at the event. Some say she was; others say she wasn’t. I honestly don’t think she was because I remember hearing that Pippa and her husband, James had a rule in place where only married couples were invited. So if there were singles with partners they weren’t married to, the partner wasn’t invited to the wedding.

From recollection, Meghan was invited to the reception. Anyway, she doesn’t seem to like the Middleton sisters much. Why? Because they’re more well-liked than she is. Hey, Megs! Try being nice to people, and then people might respect you more.

Also, why would Pippa invite a woman she barely knows to her wedding? The only reason Harry was there was because she knew him. Moreover, it has been said that the actress wasn’t invited because the bride didn’t want to be upstaged. Markle had recently become a big deal due to her connection with Harry.

It’s understandable how Pippa felt, and it appears that even she got the vibe that Meghan was terrible news. However, she only wanted the invite to the wedding so she could take centre stage. After all, Markle reveals at Eugenie’s wedding that she was pregnant, and Harry backed this up in Spare from what I’ve heard.

Again, I haven’t read the book, nor do I want to because I refuse to give Harry my hard-earned cash for something where he demolishes his familial relationships in one swoop. Also, companies are already taking swipes at him. One example is Air New Zealand where they posted this Tweet:

This was about what Harry claims in Spare that Meghan booked and paid for a plane ticket for her dad via the airline for a flight from Mexico to the UK before the wedding. However, Air New Zealand has come out to say that they have never had a flight between Mexico and the UK. Ever and they don’t offer first class.

Going back to the Pippa thing, I believe that Meghan thought the event was about her, not Pippa and James. Michelle of the Royal Daily Tea made a good point when she said in her review for Spare that the Sussexes have thin skin and cannot take criticism. This is an excellent thought process for a couple of reasons. First, Harry comes across as envious and bitter because he was born second. Secondly, he doesn’t want to see that he had a relatively good life after his mother died, as people did everything for him, yet he still wants to be the victim.

Pippa is not a stupid woman. She knows when something is off. To add strength to this, remember the rumour floating around that William had cheated on Catherine with Rose Hanbury? Well, why would Pippa name her second daughter Rose if that were the case? She adores her sister and would never hurt her by calling her child after her brother-in-law’s alleged mistress.

That is not the type of person Pippa is. Also, the Middletons are incredibly loyal to each other. Gary Goldsmith, Carol Middleton’s brother, has even said this. He fully supports his sister and her family and has even gushed at what a wonderful person Catherine is. He even went on record with Dan Wooton and said that his niece does hug. This was after the Netflix whinge fest came out, and Meghan accused Catherine of being cold for not wanting to hug her when they met.

Finally, Pippa had every right to want her wedding day to be about her and James. Not about her sister’s brother-in-law’s new girlfriend. Kudos to her. 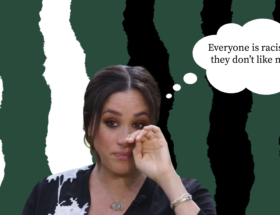 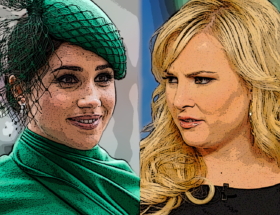