Here we go. Again. As we did with the Oprah interview, we’re here to debunk the lies and inconsistencies that Prince Harry has in his memoir, Spare. This is going off research we have done on the book, as we have not read it and do not plan to do so.

So, we’ve found ten inconsistencies and lies that appear to damage Harry’s credibility even further. Let’s jump in, shall we?

1.   Meghan Bought A Plane Ticket For Her Father Via Air New Zealand

One of the first inconsistencies in Spare is where Harry claims that Meghan bought her father, Thomas Markle, a plane ticket from Air New Zealand that was first class and went from Mexico to the UK.

A spokesperson for Air New Zealand stated the following, according to the Daily Mail Australia:

“We’ve never had flights between Mexico and the UK. And we only have Business Premier.”

This was a quote in the article given to the New Zealand Herald.

2.   Where Harry Was When The Queen Mother Died

A significant inconsistency making the media rounds is the story Harry mentions in his book about when he learned that his great-grandmother, The Queen Mother, had passed away. He says being in his room at Eton when he got the call.

However, news reports from when the Queen Mother died in March 2002 state that Harry was on a skiing holiday in Switzerland with his father and brother. There is even photographic evidence to back it up.

3.   Harry Claims That King Henry VI Is His So-Many Great-Grandfather

We didn’t pick up on this until we started looking into the inconsistencies Harry presents in Spare. The prince tries to give the reader a history lesson about his family. However, he falls short—big time.

He claims that Henry VI, who founded Eton College, the high school he and William attended as teenagers, was his so-many-time great-grandfather. While the fact that Henry VI did establish Eton College is correct, his relationship with Harry is incorrect.

Henry VI had one child, Edward of Westminister, Prince of Wales, who died at 17 before he could have children. Also, Edward was killed in combat. So, how can Henry VI be related to Harry in any way if his only child died?

Edward of Westminister was married at the time of his death to Anne Neville, who would later marry King Richard III. As we mentioned, Edward and Anne had no children.

4.   Diana Bought Harry An Xbox For His 13th Birthday Before Her Death

One of Harry’s most outlandish claims in Spare is that his mother had bought him an Xbox for his 13th birthday, and she bought it before she died in Paris. However, there is a big hole in that story.

Harry has said he struggles with memory lapses, so this may be why he thought it was an Xbox. But, on the other hand, perhaps he likes Xbox more. Who knows, but it could have something to do with his drug use after his mother’s death.

5.   Harry’s Inconsistencies In His Claim That He Wasn’t Best Man At William And Catherine’s Wedding

We’ve covered this lie in a different post, but we’re adding it here to show stupid Harry looks. He claims in Spare that he wasn’t the Best Man at William and Catherine’s wedding, despite the media at the time saying he was.

Also, he pushes the Best Man role onto two of William’s friends, claiming he wasn’t the Best Man as he didn’t give the best Man speech. Oh, wait. He DID give the speech. In our previous article, we mentioned that his then-girlfriend, Chelsy Davy had to proofread it. She had him remove a reference to Catherine’s “killer legs.”

6.   Meghan Didn’t Know About Diana’s Iconic Taj Mahal Photo, And Harry Told Her Not To Pose For A Photo Because He Didn’t Want Her To Be Accused Of Copying His Mother

Of all the inconsistencies, this one is damage control on Harry’s part. He will have read countless social media messages about how Meghan copies his mother. We know she does, but to him, she can do nothing wrong.

Outside of her outfits, Meghan is well-known for copying Diana’s posture. Also, we know she was obsessed with Diana, as her childhood friends have bought it up multiple times, as has Samantha Markle. So, we find it impossible that Miss Innocent Meghan knew nothing about Diana’s iconic Taj Mahal photo.

Also, Harry’s claim that he told Meghan not to take a photo outside the iconic building so she doesn’t copy Diana is total BS. Why? Because William and Catherine took a photo in 2016 at the same spot, they were not called out for it. So, who comes off better here?

Riddle us this, Harry. What would your father and stepmother gain from leaking a damaging story to the press? Charles was already the heir to the throne. He can only go up from there.  Oh, that’s right. He would get more sympathy. Harry, you’re a dunderhead.

Charles and Camilla did not leak the affair rumour. Instead, Giles Coren, who has alleged ties to Meghan, put the rumour into the ether. Also, Kidspot did an article in July 2022 about the gossip where even they said the story was untrue. How do they know this? Well, it’s because Pippa Matthews, Catherine’s sister, gave birth to her third child in June 2022, a little girl she and her husband, James, named Rose.

If William were having an affair, Pippa would NOT have given her daughter the same name as her brother-in-law’s alleged mistress. Also, if the alleged affair was true, why didn’t the information of Charles and Camilla leaking the ‘story’ come out sooner? Harry is trying to deflect blame away from Meghan by blaming the two people who had the most to lose; Charles and Camilla.

Not to mention, Catherine and Pippa are very close, and there is no way Pippa would sacrifice her bond with her older sister.

8.   Camilla Leaked Her First Meeting With William To The Press

Harry alleges in his storyline that Camilla is the wicked stepmother of his fairytale life and that she leaked a conversation between herself and William to the press to improve her image. But, according to Harry, there were only two people in the discussion, she and William and his brother never leaked what was said, so it had to be Camilla, right?

No. It had nothing to do with Camilla directly. The story allegedly goes that Camilla told her aide, who then let the conversation slip to her [the aide] husband, who then went to the media. The aide, horrified, left her post, as per the Daily Mail. After that, though, it has been said that Camilla fired the aide.

9.   The Inconsistencies In The Story Of Archie’s Birth

And cue the drama and another of the many inconsistencies that don’t make sense. What sensible doctor would let a woman who has just had a difficult birth out of a hospital, let alone one over 35? None! Remember the drama that ensued when it was revealed that Harry and Meghan deceived the world by claiming Meghan had gone into labour, only for it to come out later that she had already had Archie?

Harry claims that Archie’s head ended up stuck and that Meghan had to continue pushing to bring their son into the world. Many people have called foul of this, including Meghan’s Mole.

Meghan’s Mole, a YouTuber with a child of her own, has said that no sensible doctor would allow any mother out of the hospital after two hours, let alone one who has had a difficult birth. She said she spoke from the experience of having her child a couple of years ago. She also mentions that if a child gets stuck or has the umbilical cord around its neck, the mother does NOT keep pushing.

What’s more, is that Harry claims Meghan was given Mexican food during her labour. Any sensible person who has been to a hospital knows you cannot eat before any procedure, including childbirth. If something happens, the contents of the stomach become a choking hazard.

This claim only drives the surrogacy rumours further because it sounds like Harry is just plucking information out of thin air.

10.  Inconsistencies Surrounding Dog Bowl Being Shattered In Alleged Fight With William And The Timing Of The Fight

The last point we want to discuss is the dog bowl shattering during Harry’s alleged fight with William and the timing.

Finally, the dog bowls were metal, not ceramic, as shown in this photo that was taken BEFORE the alleged fight. Just a grand way to complete our list of lies and inconsistencies from Spare. 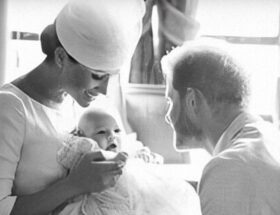 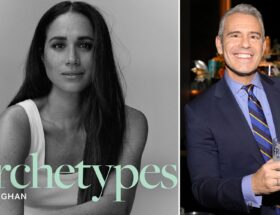