Skip to Content
Home Chronicles of Harkle Chronicles Of Harkle: Does Meghan Have A Beef With The York Sisters?

Now, I was really hoping to avoid writing about any of the royals today, but this one was hard to resist. YouTuber, According2Taz posted an interesting video called ‘York V Sussex’ which talks about the possible beef between Prince Andrew’s daughters, Princesses Beatrice and Eugenie, and their cousin-in-law, Meghan Markle. I have covered some of this alleged feud before with the Tiara-Gate scandal which I’ll cover again a little later. I’ve already talked about the Eugenie portion of the situation as her sister wasn’t involved that much until now.

I’ve wanted to address some of this before, but I didn’t have enough for a single post. This goes back to what Meghan told Oprah about how she knew Eugenie prior to meeting Harry. Now, I don’t know if this is true, but I do know they do share a mutual friendship with Misha Nonoo. Through my research, I’ve learned that her ex-husband, Alexander Gilkes was friends with Princes Harry and William, according to Hello Magazine.

Gilkes went to Eton College which is where both William and Harry went as boys. It is believed the British millionaire became friends with the Duke of Cambridge while they were students there. Alexander was also a guest at Eugenie and Jack’s wedding in 2018.

Though there is one thing that bothers me and Taz bought this up in her video. Why did Meghan choose to mention Eugenie in the interview and not a few years earlier? No one knew the pair even had any form of connection before the Oprah show happened.

We know that Princess Eugenie and her sister have always had a close relationship with Harry. Could it be possible that at least one of the York princesses warned their cousin against marrying Meghan? From what I’ve been able to trace back, the beef started over the tiara. Now, Omid Scobie told a very different story in Finding Freedom. It is said that the Queen’s Dresser, Angela Kelly had ‘dragged her feet’. She also wouldn’t give MM the tiara at short notice. Allegedly, there was no fight over the headpiece.

I believe what was put out in the media at the time. Not for a second do I believe Omid’s version of events. I dislike the man as he is the commander-in-chief of the Sussex Squad. He is not a journalist, but a mouthpiece for whatever Meghan wants to be put out in the press.

There are also other possibilities for what might’ve caused the alleged ‘beef’. We know that Meghan and Harry got married in the same church as Eugenie and Jack. They were given preference because of H’s status at the time as a senior royal. Another likely scenario is how Markle likely treated Princess Charlotte. I did find something a while ago but I can no longer find or remember where I saw this. It is said Eugenie knew what was going on and put her little cousin front and centre at he own wedding. Also, let’s not forget that Markle announced her pregnancy with Archie at the wedding.

So, in conclusion, Meghan likely didn’t like that Eugenie or Beatrice tried to warn Harry away from her so she stole a wedding venue, possibly the date, and announced she was pregnant and she wanted the same tiara. Yeah, I see how this caused the beef.

Where Beatrice Fits In

Now, you’re probably wondering where Princess Beatrice fits into this alleged beef. Let me tell you. On May 19th which so happens to be Harry and Meghan’s wedding anniversary, the Palace announced that Bea was pregnant with her first child. A lot of people feel this is a bit of strategic revenge given how Meghan did her best to ruin Eugenie’s wedding almost three years earlier.

When this came out, the Sussexes were pissed beyond belief. They felt that this was a slight against the Sussexes. Do I believe it is was? Yes, I do think it was. When the announcement came out that was my first thought. But, there’s more to it. An article by the Daily Mail published the day of the announcement narrowed down a list of names. While I doubt Beatrice would ever leak what could call her baby to the media, DM made the prediction of Lily which would’ve been a nod to The Queen as her nickname within the family is Lilibet.

A few weeks after this, Harry and Meghan announced the name of their daughter, Lilibet Diana whose nickname is Lili. Was this Markle’s way of getting back at Beatrice for announcing her pregnancy on May 19? While I want to say yes, I seriously doubt this. Bea does not seem like the type of person to do leak to the press what she plans to name her baby.

The situation I mentioned earlier stems off something I saw. Eugenie could see how horrible Charlotte had allegedly been treated by Meghan and decided to treat her as the special one the same Markle did with Ivy Mulroney. But, unlike her cousin-in-law, the princess was not terrible to the other kids. She treated them all like equals. No one child was better than the other. This would’ve been a relief to William and Catherine who apparently had to pull their daughter out of her dress fittings because of the now-Duchess of Sussex’s behaviour.

Despite how you might feel about Prince Andrew and his alleged predatory ways and Fergie who has had her own blunders over the years, they did not raise their daughters to be brats. The only time they have been perceived as such is in the tabloids about how they hate Catherine and are jealous of her and blah, blah, blah. This is nothing more than scandalous garbage.

If this was the case, then William and Catherine would not have allowed their children to be involved with the wedding. 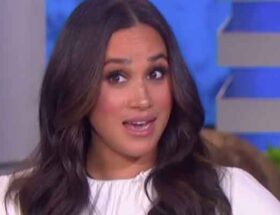 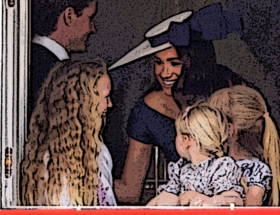 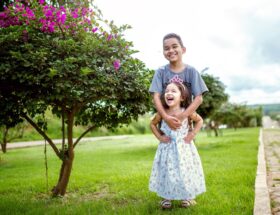